Otherwise known as the LabRat Supremo.

Her love for learning and teaching comes down to genetics. Both parents are dynamic teachers and Mendel's law of independent assortment took her down that same path. She has taught the entire spectrum -  from kids at a special school, to special kids at school, to gifted kids, and then the twice-gifted. In short, all of whom she has had the privilege to teach are special.

She has travelled far to do just that- Namibia, South Africa, and Kenya, to work with both teachers and students. She is currently the Senior Education Officer at PrimeSCI!, and is always on the lookout for more opportunities to... play.

And as for her unflagging commitment to the LabRats, she has gone as far as enrolling her husband Pierre as the in-house engineer-volunteer, and had given birth to the first baby LabRat. 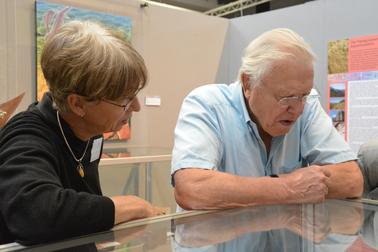 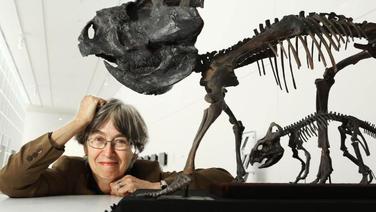 They make our adventures possible

Adding to her list of roles is being the Original LabRat

....there was a little girl in California who was so curious about the wonders of the world that she started her own science club at her elementary school. Her name is Patricia Vickers-Rich and she went onto to become a world renowned ornithologist, paleontologist, and geologist. She went on to build the Monash Science Centre at Monash University (Clayton) where the community and research scientists could interact.

Professor Patricia Vickers-Rich has recently been awarded the Order of Australia (2016) in recognition for her tireless work in campaigning for education and thinking societies. She is an elected member of the Russian Academy of Natural Sciences, an Honorary Researcher of Museum Victoria, and the Paleotological Institute of the Russian Academy of Sciences. She travels extensively for her fieldwork and exhibitions, and leaves footprints in Southern Africa, Afghanistan, Iran, Iraq, Argentina, and East Timor. She also works with UNESCO, the BBC, and has authored numerous award-winning books.

In 2010, when parents in Melbourne sought places for their children to further develop their keen interest in science, the sentiment struck a chord in the heart of Emeritus Professor Patricia Vickers-Rich. The rest is... curious history. 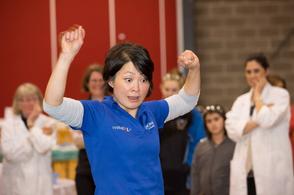